Hey folks, time to take a break from writing and discussing RPG games (and how I like them as creative tools for writers).

I try to broaden my reading horizons from time to time. Try is the operative word. When I had an opportunity to read some books indie-published by an author in my writing group that was firmly outside my usual reading coterie, I welcomed the opportunity with perhaps some minor trepidation.

K.M. Alexander’s weird fiction series, The Bell Forging Cycle, has three books so far. I didn’t relish telling a growing friend who gave great writing advice his style of writing wasn’t for me. What if I couldn’t bring myself to read book two (Old Broken Road)? Also, I’ll admit I wasn’t very excited about reading something “self-published”.  All I knew about self-pubs at the time was the worst FUD distributed by two types of sources. Traditional publishers and reviewers with obvious skin in the game continue to rail against self-pubs even today. Also, multiple people I know have read and reacted poorly to something written and published by a person (often their neighbor or family member) who clearly had no understanding of what is actually involved in the publishing process or frequently even the writing process.

It turns out, there was absolutely no cause for concern. I finished The Stars Were Right rarely putting it down over a single weekend. I’ve since read the rest of The Bell Forging Cycle, and I can’t imagine a sci-fi/fantasy fan who wouldn’t enjoy following along with Waldo Bell’s trials and triumphs in the strange yet familiar multi-tiered city of Lovat. It’s such a rich and intriguing world. I could imagine myself visiting Lovat, and I sure wish I could.

K.M. has just finished a zero-draft version of Coal Belly, and I’ll be gnashing my teeth and wailing until I can get my hands on it. Coal Belly isn’t a new installment in The Bell Forging Cycle, it’s a new novel with a whole world of fascinating characters, stories, and ideas behind it.

Mr. Alexander can surely explain it better than I:

Last weekend, after a year and eight months, I finally hit print on the final chapter of my latest novel, Coal Belly. The first of what I hope to be a trilogy. Right now, it weighs in at 190k words, and I expect it to grow. Long time readers know this isn’t the first time I’ve written […]

via So, Coal Belly is Done… Sorta — I Make Stories 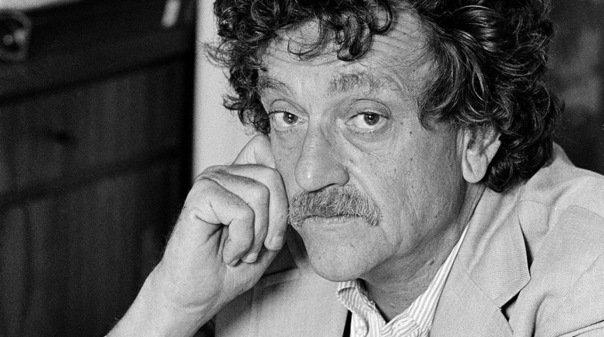 “I have been a soreheaded occupant of a file drawer labeled ‘science fiction’ ever since, and I would like out, particularly since so many serious critics regularly mistake the drawer for a urinal”

I believe fascinating concepts can be more thoroughly explored through the lens of the  possible future. Some circles are catching on. Some are not.

Does it mean I’d never consider writing literary fic? No. It does mean I think limiting all stories to “our world” present or past would be ridiculous and boring.

Genre labels are a bit silly. I’m with Kurt on this one. Don’t put any writing in a box/drawer/container by genre in order to better piss on it. Verify each recommended work on its own merits.

I have a marvelous treat in store for you all today.

You’re going to love it.

Michael Ripplinger graciously consented to answer some questions about himself and his upcoming YA Fantasy novel, Yesterday’s Demons. I had the opportunity to read an early version of the book, and I enjoyed it greatly. It has monsters, swords, adventure, budding romance, character growth, epic story, and some great secrets to learn along the way. What’s not to like? You can read the first chapter right now for free on Michael’s blog.

You’ll enjoy the interview. At one point Mike (who is a friend) calls me an evil man. I didn’t pull any punches with the questions!

I’ll tease you with the beautiful cover, and then we’ll get down to business.

William Munn: What is it about Yesterday’s Demons that made you decide to write it? What is the driving force for this particular novel?

Michael Ripplinger: I’ve had the idea for Yesterday’s Demons for somewhere around 17 years now. Growing up, I was a huge fan of RPGs, especially Japanese video game ones. Phantasy Star and its sequels were my favorite games in the whole world — and they still are. Fast forward to the late 1990s and I was working at Toys “R” Us. I’d taken a break from video games for a few years but working daily in the video game department, I quickly realized there were some pretty cool looking new RPGs on the market, including Final Fantasy VII and Wild ARMs. Playing those two games especially made me realize what love I had for the epic storytelling of RPGs. I wanted to make one of my own, but although I’m a software engineer by trade, I’m not a game designer, and in the end, I wasn’t interested in writing a random monster encounter algorithm or an overworld map. I just wanted to tell a story. So that’s the first inspiration behind Yesterday’s Demons. It’s my love letter to the JRPG genre and all of its wonderful tropes.

The second inspiration was my own lifelong struggles with fear. The earliest thing I can remember is running in terror and hiding in the garage from a neighbor who was trying to give me a lifesize plush lion he’d won at an amusement park. My parents say I was probably just two years old when this happened. I used to watch Unsolved Mysteries with my grandmother, then be unable to raise the blinds on my windows for fear that a killer or an alien would be watching me from outside. I convinced myself there were monster-generated sounds in the basement so many times it isn’t funny. I’ve run away from panhandlers who were probably just looking for a bite to eat out of fear that they would attack me. As I got older, I learned to control these fears and tell my conscious mind they were just in my imagination. But my struggles with them led me to see just how many different flavors of fear there are: fear of monsters, fear of failure, fear of social judgment. And then there’s healthy fears, like wearing your seat belt for fear of reckless drivers. And so I wanted to tell a story about how much fear influences us, and how much it can control us.

WM: You live in Texas now. Where did you grow up and what made you decide to go San Antonio?

MR: I grew up in Rockford, Illinois, which is about 90 miles west of downtown Chicago and not far from the Wisconsin border. When I first married my bride, Rose, we lived in Rockford, but after our first child was born, she got homesick for San Antonio, which is where she was born and raised. The short answer is the one you read on bumper stickers ’round here: “I wasn’t born in Texas, but I got here as fast as I could.”

WM: I’ve read an early version of Yesterday’s Demons, and I had a bit of a hard time putting a name to its genre. What type of story is it and what makes it stand out from other YA novels?

MR: You’re very right, the book dabbles in a lot of different genres. It’s primarily an epic fantasy, but it takes place in a world that resembles the old West, and there are significant science fiction elements. The action begins with a mystery and hey, it’s a book about fear of monsters, so there are a sprinkling of horror elements, too. But I think this eclectic mix is what makes it stand out.

Another thing that makes it different is that it is not dystopian, even though today, so many YA books seem to be about dystopias, and even though the world of Yesterday’s Demons is one that lost all technology and magic two hundred years earlier. There’s plenty of food and freedom on planet Verde, and most of the time, the monsters leave you alone if you don’t seek them out. As a whole, the people are happy, as is Siv, the protagonist. He just knows he’d be so much happier if he could get rid of his paranoid fears and find some peace.

WM: I agree, Yesterday’s Demons is not dystopian, and that is a welcome relief. Verde is a very cool world, and without spoiling too much, can you tell readers what level of risks there might be in a world like Verde? Seems pretty safe except for the occasional monster.

MR: Yeah, Verde isn’t a dystopia, and is pretty safe except for the occasional monster. Actually, the whole planet is pretty safe… except for the two-thirds of it that are a poisoned wasteland called Terrascorcha. Two hundred years ago an event called the Blackout occurred, and all of the planet’s technology stopped working. That wasn’t fun — airplanes dropped out of the sky in mid-flight, for example. At the same time, all of Verde’s magic users disappeared. Technology and magic were replaced by monsters — native animals mutated into beasts. Everyone who survived the Blackout moved south, where the land wasn’t poisoned. And they’ve been there ever since. Monsters are the only life in Terrascorcha today. But still, I say Verde is a pretty safe place because all of that bad stuff is confined to Terrascorcha. Stay away from there and you’re fine!

And unfortunately, a vast majority of what I just said is all a lie, and none of the book’s characters know it yet.

WM: You are a self-proclaimed breakfast cereal aficionado. I eat cereal, at least, a couple of times a week, and I have probably five different flavors in my cupboard at any given time. Do I have a thing for breakfast cereal too? What makes you different?

MR: Who doesn’t have a thing for breakfast cereal? Add milk and some fruit and it’s three of the four food groups in a bowl. It’s colorful. It’s sweet, yummy, and sweet again. If feeling this way makes me different, then I don’t want to be normal. I say cereal today, cereal tomorrow, cereal forever! It’s part of a balanced and nutritious breakfast.

WM: This has been great! I have one last question if you’re willing: If you were forced to pick only one, either sci-fi or fantasy, which would you exorcize from your life?

MR: Hmm… can I cheat and say I’ll give up both in exchange for “speculative fiction”? No, I didn’t think so. If there could be only one, I’d keep fantasy. I love spaceships and robots, but I love swords and spells just a bit more. And you are, of course, an evil man for even making me consider this.

WM: Maybe I was in interviewer in a former life. I feel very similar and wouldn’t want to answer the same question!

Now, dear readers, get on over to your favorite ebook retailer and pre-order a copy of Yesterday’s Demons by Michael Ripplinger. You won’t be sorry! For the truly lazy, like me, here are some links: Amazon | Barnes and Noble | iBooks | Kobo | Smashwords