It’s what you don’t.

The inestimable Michael Ripplinger once pointed me to this video (that granted is aimed at a tech audience) at one of the many times when I was feeling overwhelmed in the past year. It was the right thing for me to hear both then and now.

The gist is this: when you have a purpose, stick to the things that will further that purpose. For example, if you want to be a writer, write. Don’t spend all day every day reading other’s fiction, trying to find the best tools, getting the perfect location setup, and reading *gasp* blogs.

Spend the majority of your available time actually NOT doing those things.

Here is the original video by Scott Hanselman: It’s Not What You Read

Now allow me to charm you with a “don’t” GIF of Andre the Giant.

Worldbuilding is essential to speculative fiction and other genres as well. If we cannot create a plausible, yet fantastical world for our story to live in, we risk losing the attention of our audience. However, there is a strong tendency out there to focus more on building up the fictional world than to write a compelling story. We look at the masters of fiction we admire and say, “I want to write something like that.”

I’m no different. Since I was a teen, I’ve admired the worldbuilding of Frank Herbert for his Dune series. What I (and probably other fledgling writers) have to remember is Herbert had been writing published fiction for almost TWO DECADES before he wrote the first Dune novel.

Developing character backstories are also essential while writing fiction. We research and write the elements of a character’s backstory for important reasons. It helps us learn what motivates people. It informs realistic choices in the character’s story. It lends additional writing experience. To a point, it even helps us get closer to finishing our stories.

But never, not even once, assume that this information is vital to the story.

The most important things to remember about back story are that (a) everyone has a history and (b) most of it isn’t very interesting.

The goal of writing fiction is to provide words that will hopefully enlighten and entertain our readers. If we can attain those two things, we’ve done our job as writers.

What we have to do to tell a compelling story, at least in the beginning, is narrow our scope and vision. Work in worlds that we understand more intuitively. Write characters who’s motivations we can easily comprehend. By all means, create amazing, incredible worlds and histories for characters. Just don’t do that at the expense of finishing things.

“Whatever it takes to finish things, finish. You will learn more from a glorious failure than you ever will from something you never finished.”

All those arguments aside, try writing backstory and worldbuilding as exercises in storytelling. Tell the story of a character’s past. Tell a story of an event that helped forge the world into what is is today. I’ve done some of this, and would never share the results with anyone. Still, I think it has aided in my quest to become a better writer.

Thanks for reading, all! There probably won’t be an installment of Rue From Ruin this week. Allergies have really bogged me down recently. I promise to have it to you as soon as possible.

Please enjoy this GIF as compensation:

There are so many distractions,
The world conspires.
Writing is a priority,
Don’t get that wrong.

Found enigma of obsession,
In minute non-art.
Writing shall fail to come to be,
Feels confronted.

Bring forth the life of life undone,
To eat feast of not.
Writing nourishes the me,
Of harmony.

Advancement of self consumes much,
but this too shall pass.
Writing in the night sets mind free,
To wander now.

A poet I’m not. This one brought to you by the need for focus. Consider it my form of doodling. I’m going to have a new installment of Rue From Ruin for you this Friday. I’m editing right now. Well. I’m editing this post. I’m also editing Rue Part 3. It’s close.

If you’re feeling like me, it might be a good time to go back and read about The Law of the Bamboo Tree.

Enjoy a free GIF on me:

Yesterday morning (yes, 2:00 AM counts as morning) I read an article by David Farland. The clickbait on Twitter was something along the lines of: “All the Internationally Bestselling Authors I Know Use This One Neat Trick”.

Mr. Farland has mentored incredibly successful wordsmiths, including some of my favorites, so I clicked the link. In the post, he goes on to say:

Over the past three decades, I’ve helped a number of writers reach the point where they’ve become international bestsellers, and I’ve spotted a trend. Most bestsellers attract an audience in part because they are charismatic.

So, most authors who’ve achieved worldwide fame and fortune are very charismatic. Great. I don’t want to be a celebrity of any kind, although a little fortune might not hurt.

I don’t disagree with Mr. Farland’s statement. He also draws parallels between charisma and four characteristics he says comprise it: competence, willingness to show vulnerability, confidence, and friendliness. If you have the right minimums, he says, you can be anywhere on the scale with each. For example, super competent people don’t need to be as friendly and vice versa. Incredibly friendly people don’t have to show as much vulnerability, etc.

To me, this was the saving grace of the article; I’m not the most friendly person… I’ve been told that sometimes I come off like a jerk because I don’t regularly think before I speak. 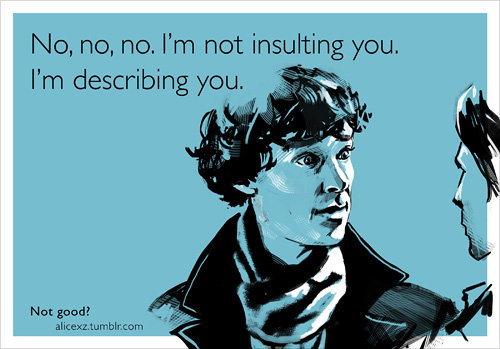 Other times, my brain takes off in a wholly different direction from the conversation at hand, because someone mentioned a problem my cerebrum thinks it can solve. Yes, I have “squirrel syndrome”. The awkwardness sets in when I start to get excited about a side quest in my head, and I can’t stop myself from interrupting to tell people about it.

So, I will continue to practice writing, and hopefully I’m getting better. I need to get higher on the competence and confidence scales, because no one will think that buying my books is a good idea based on shining good nature alone!

This post brought to you by an animation of a few of the many pictures I took of a squirrel in Washington DC last year. Yes, surrounded by breathtaking monuments in our nation’s capital, I was taking photos of a squirrel.

Well, it wasn’t today that I learned about perseverance. It was last Friday. It was also another time a few weeks before that. Who am I kidding? This is a lesson I’ve learned and apparently unlearned more times that I’m willing to share with you all.

A point. I have one.

Justin S’ua is great at reminding me to persevere and be mentally tough. It seems like I happen across his articles on Twitter right when I could really use a boost. I was lucky enough to meet Justin while living and working in the San Antonio, Texas area a few years ago and I’ve been a better person for it. Currently, he is working for the Boston Red Sox as a Mental Skills Coach. Justin is the real deal, folks.

Granted, I still have my days where I’m not really up for a “pep talk”. I’m a writer. How can I write about bad situations if I’m ALWAYS in a good, positive mood? Right?

Lately, I’ve been depressed concerning my writing. A lot of effort goes into it, and I’m not improving as much or as swiftly as I would desire.

I needed some reinforcement, and Justin had just posted this brilliant article. It made my day. I hope you enjoy it at well: The Law of the Bamboo Tree.

See you all on Friday, when I will have Part 2 of my Serial Story available for your reading enjoyment!